You may download the  Wollaston Heritage Plaques leaflet. (To print, set printer to 'print on both sides, flip pages on the short edge'). 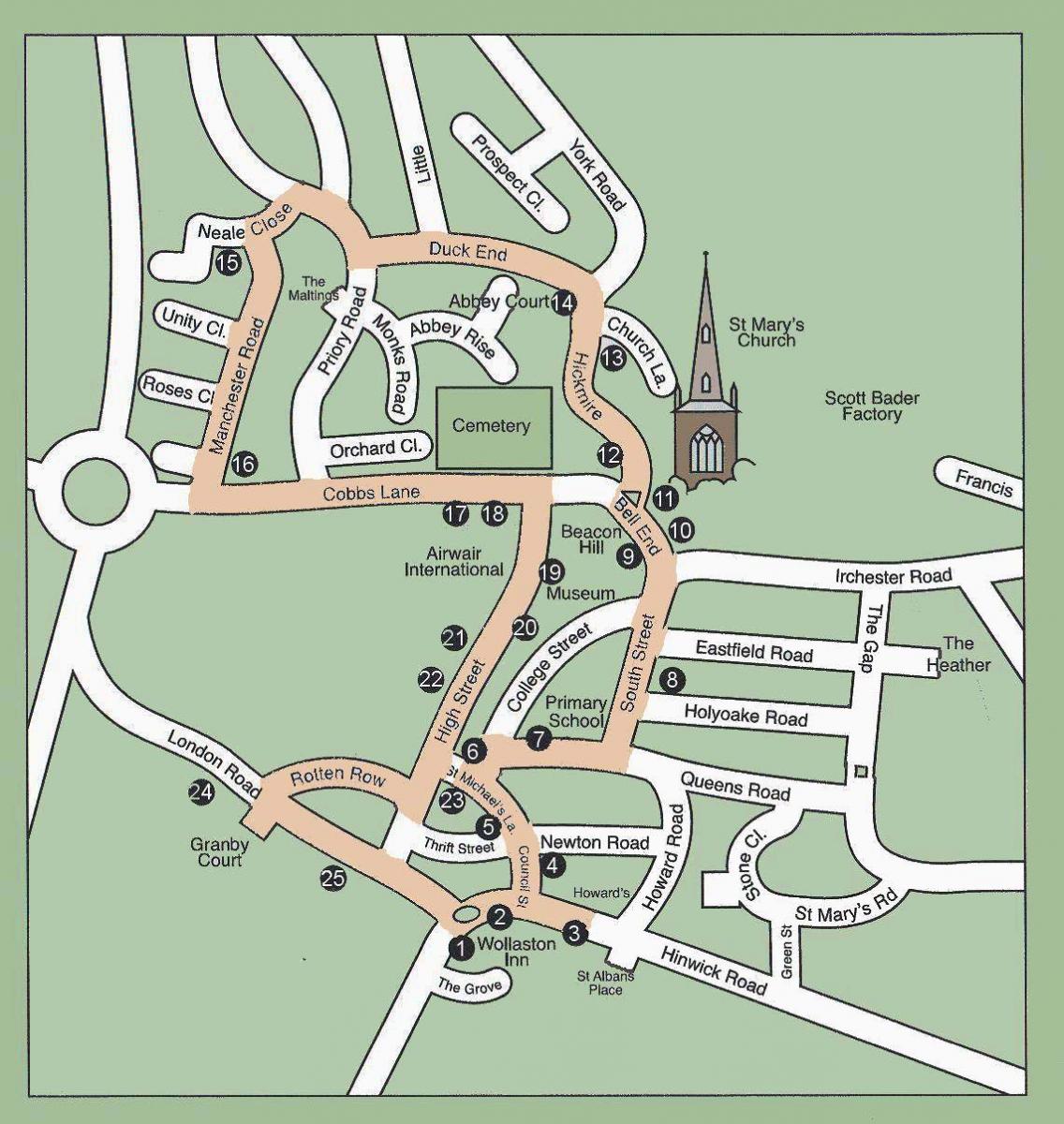 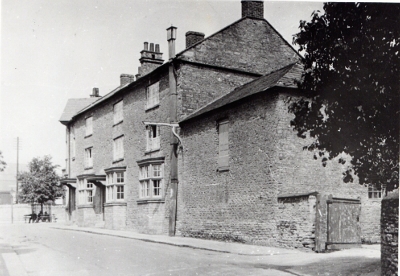 First referred to in 1787 as Mr Lucy’s Hostelry, this pub was known as The Nags Head until 2003. In the 1970s and 80s entertainers such as U2, Free, Edwin Starr, Rod Stewart and the Faces, John Peel and The Who played here on their way to international stardom. 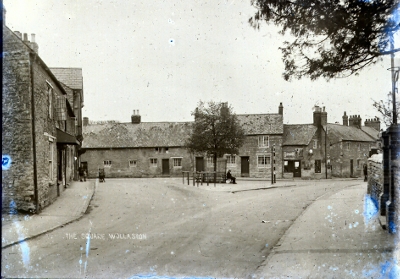 The area opposite here was the village pound for stray cattle from mid 17th century (when it was moved from opposite the church) to the Wollaston Inclosures of 1789. 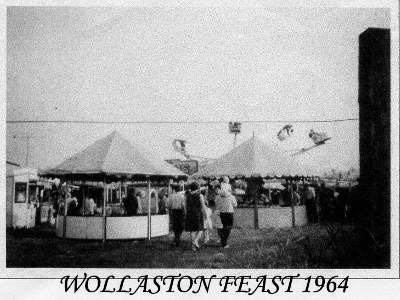 In a field behind this house was held the annual Village Fair from 19th Century to 1969. 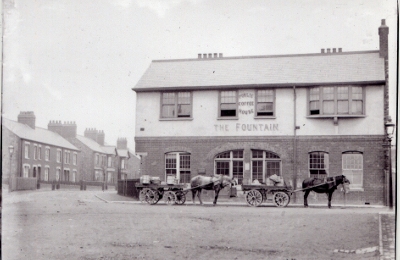 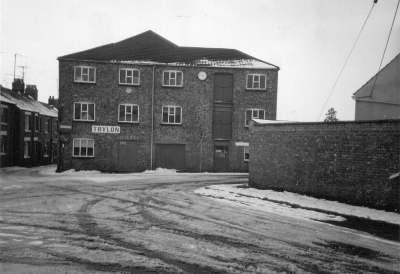 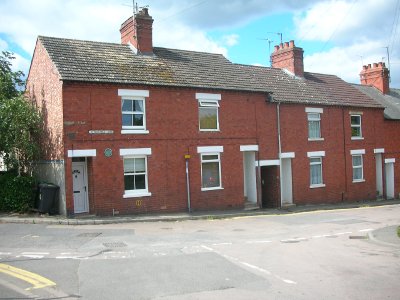 Traditional site of the Village Market granted by a charter of King Henry III in1260. Later known as The Pibble due to two large stones used to protect the buildings.

A cinema was established in an old army hut on this site in 1919. A gas fired generator provided electricity for the projector. It burnt down in 1925. 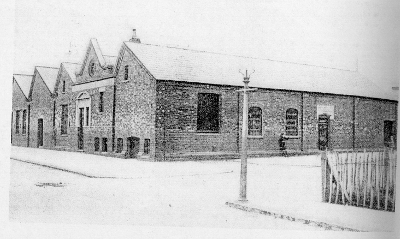 The UK’s oldest surviving Workers Co-operative. Established in 1881 by Wollaston shoemakers in a Dove House in Thrift Street and nicknamed "The Duffers". 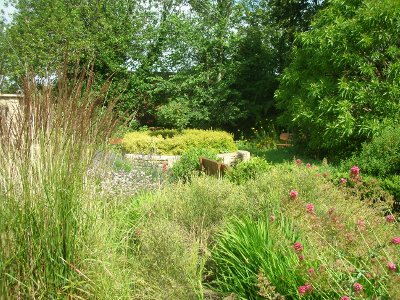 Motte Castle constructed in the reign of King Stephen 1135-1154 and dismantled on the accession of King Henry II in 1154. Later Wollaston’s first windmill stood here. Now known as Beacon Hill. 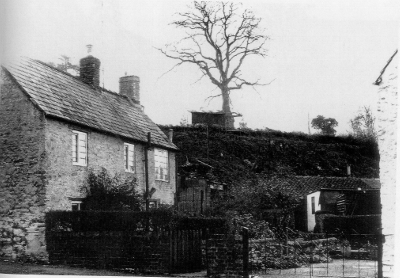 10. Jubilee Park (On the wall of the Park to the right of the entrance)

Through the generosity of Scott Bader, Northamptonshire County Council, Wellingborough District Council and others, this park was constructed in the Golden Jubilee Year of HM Queen Elizabeth II. 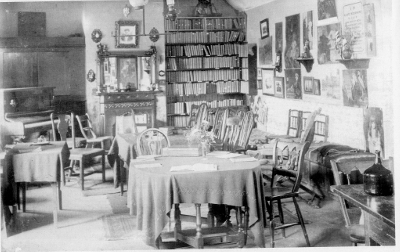 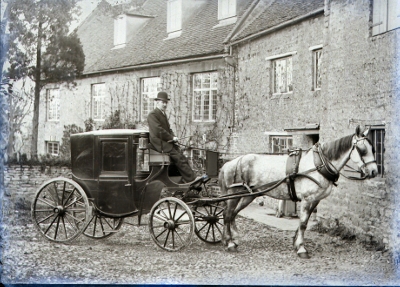 12. The Priory (On the Hickmire side of the building) 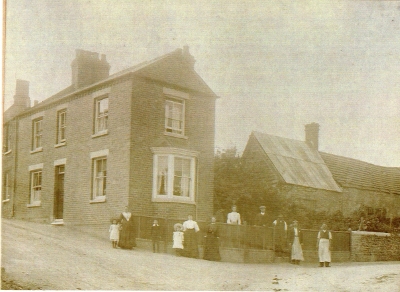 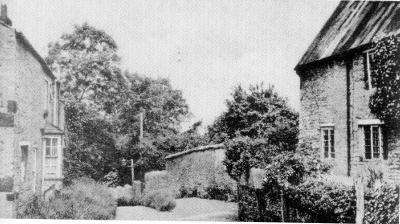 This former farm, of 158 acres, belonged to The Royal Hospital of St Bartholomew’s London 1199-1919. The house and barns were rebuilt in 1752 by Ambrose Dickins Lord of Wollaston Manor and a Governor and tenant of the Hospital. The farm was sold to raise money for the repair of WW1 bomb damage to the Hospital. 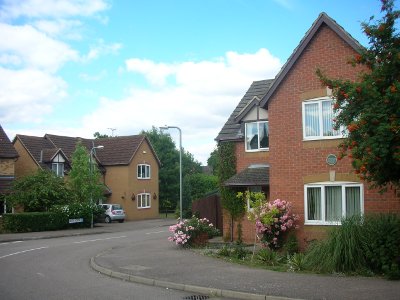 Named after Edmond, Thomas and Sir Charles Neale, Squires of Wollaston Manor 1634-1734. Founders and benefactors of the Wollaston Bread Charity for the poor of the village 1671 to 1995. 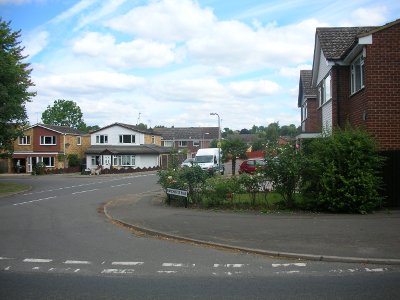 Manchester Road, Unity Close, Roses Close and Fellows Close are so named because the Wollaston branch of the Prince of Wales Lodge - the Independent Order of Oddfellows, Manchester Unity Friendly Society - had their Manchester Allotments here from 1854 – 1969. 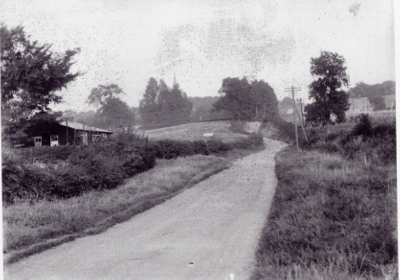 17. Cobbe's Lane (At the top end of Cobbe’s Lane on the wall of Griggs factory)

Named after Edmund Cobbe Vicar of Wollaston for 35 years. Installed in 1663 against the wishes of Puritanical Parishioners. Presumed responsible for making this road the main route into the Village from the West. 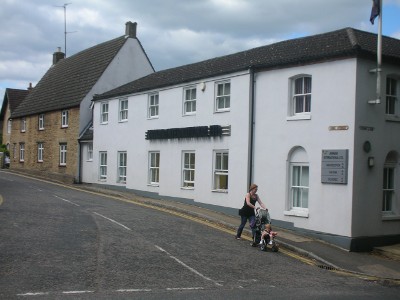 Factory founded in1901. Makers of the world famous Dr Martens footwear since 1960. 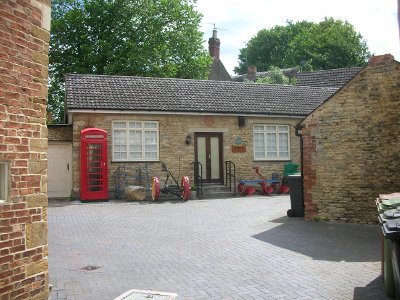 This former congregational chapel and surrounding area were donated by Paul Gilby and John Shelton in 1974. The plaque commemorates the 25th anniversary of its opening as a museum on 17th November 1979. 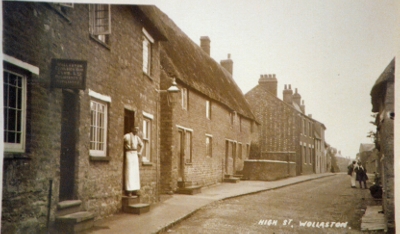 This house was the Village Workhouse 18th Century-1835. 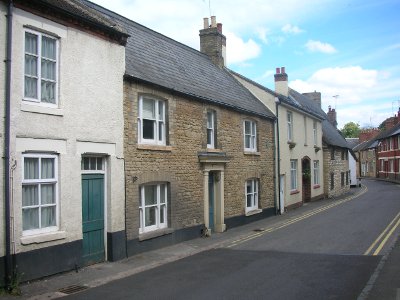 17th Century former farmhouse with stables and barns. Used as a schoolroom in 1871 and the Registrars Office from 1881-1898. 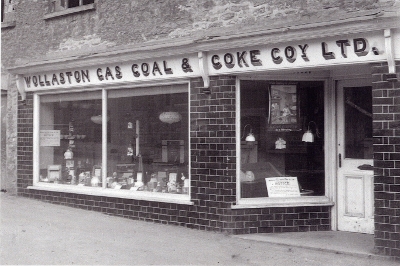 Site of Village Smithy until 1955. 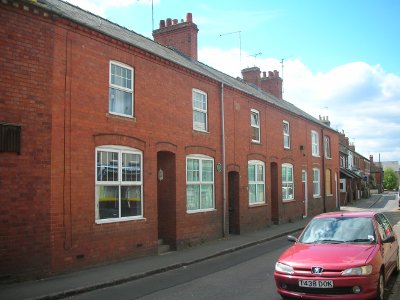 Wollaston’s first manual telephone exchange was installed here in 1918. At night and at weekends it was operated jointly by the families living in Nos 40 & 42. It was superseded by an automatic exchange in 1936. 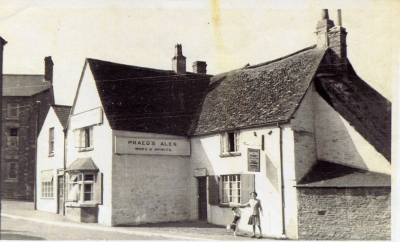 An 18th century coaching inn. The daily stagecoach from Wellingborough to London called here from 1776. It ceased in 1845 when the railway came to Wellingborough. Partridge Hill is named after a 19th century landlord. 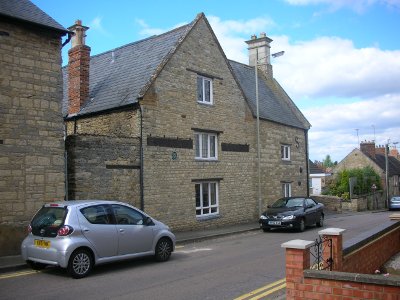 Built in 1584 and enlarged in 1657 by Thomas Harriot on the site of an earlier Saxon dwelling. A fine example of a 17th Century Yeoman’s house and Home Close that retains its original ground plan.